Below are the tasks you should do this week for getting ready for Christmas, so you can experience less stress now and when Christmas day arrives.

Christmas is almost here, and my Stress Free Holidays series is almost at an end. Just like the last several weeks, everything we are doing this week relates to Christmas preparation, since it is coming soon. 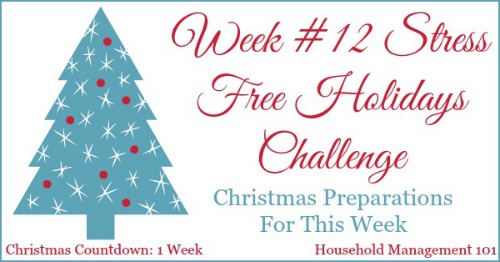 *Plan Activities For The Kids While They Are On Winter Break

*Continue To Get Your Home Cleaned & Ready For Guests & Celebrations

*Continue Working Through Your Personal Christmas To Do List

*Enjoy The Holiday Season With Your Friends And Family

Christmas Preparations This Week To Make Your Christmas Stress Free

Can you believe we are already on week 11 of the Stress Free Holidays series? Christmas will be here before we know it, and we are coming down to the wire. Here are the Christmas tasks to do this week to get everything ready. 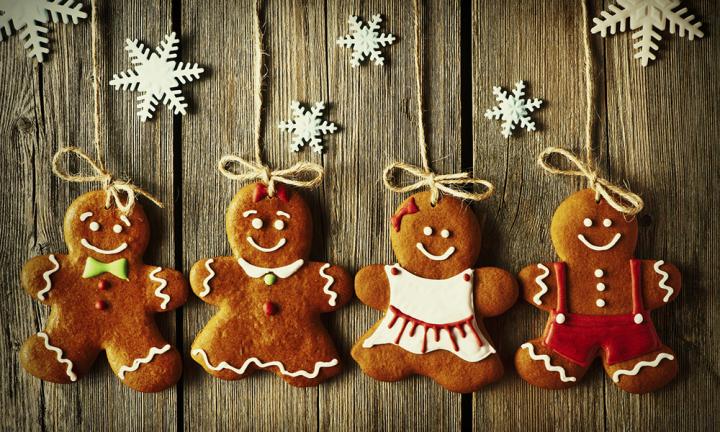 *Have A Wrapping Party

*Begin Cleaning Your Home For Guests

*Mail Out Your Christmas Cards

*Do A Quick Toy Declutter In Your Home

Posted by Hill Spirit at 5:30 AM No comments:

Do you want a stress free Christmas? If so, planning ahead is key, so find out what tasks you need to do this week to make a great Christmas a reality. 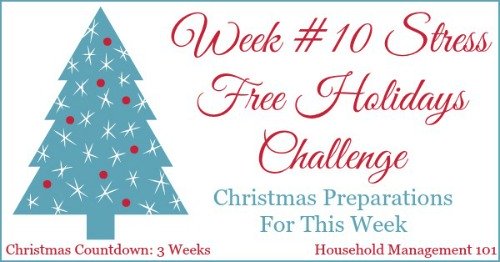 Can you believe this is week 10 of the Stress Free Holidays series?

That means there are only three weeks until Christmas, and we are all in full Christmas preparation around our homes.

This is the time of year when things start to get really busy, with parties and lots of Christmas activities happening. Hopefully all your Christmas preparations you've done already as part of the challenges will help you feel more prepared.

Obviously we're still focusing on Christmas preparations this week as well, and although the tasks I have for you this week can take some time, they should all be lots of fun too.


Main Task To Do This Week: Put Up Christmas Decorations 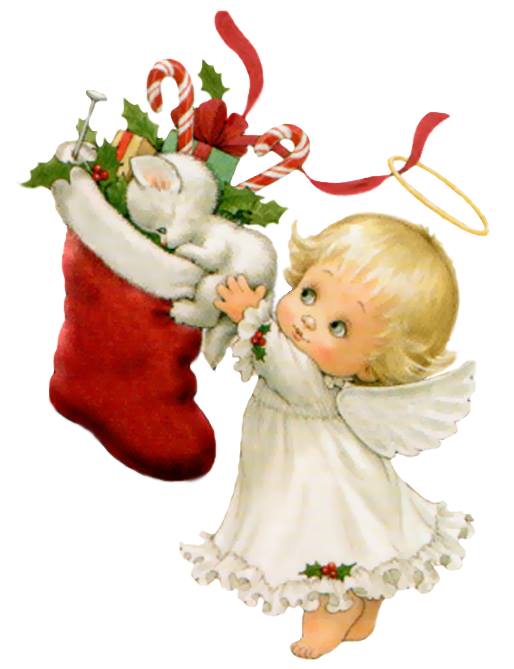 Posted by Hill Spirit at 3:30 AM No comments: 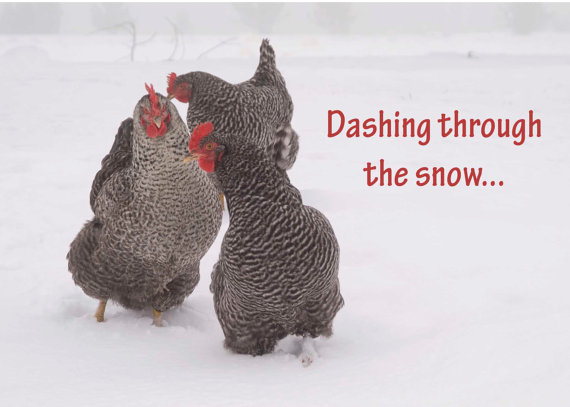 There are many of us who have chickens.  You need to take a few extra steps to keep them healthy and happy for the winter. 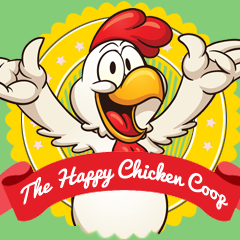 Hill Spirit came across this blog (The Happy Chicken Coop) that you may want to check out.   Your chickens will be prepared for the winter if you take care of them in the next few weeks.
Posted by Hill Spirit at 3:30 AM No comments:

Email ThisBlogThis!Share to TwitterShare to FacebookShare to Pinterest
Labels: BEING PREPARED

THANKSGIVING IS HERE - THINK OF YOUR BELESSINGS TODAY 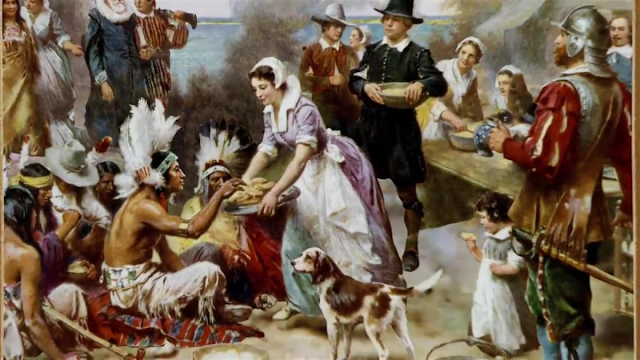 On Sept. 6, 1620, a group of travelers (English Separatist Puritans) boarded a ship and departed from Plymouth Harbor, England and embarked on a 3,000-mile journey across the Atlantic to what was being called, The New World or New England.

Two months later, after enduring violent storms and other hardships, the ship, Mayflower, put in at what we now know as Cape Cod, Mass. Four days later, on Nov. 15, a small group of men rowed ashore on a small boat, where they saw a group of "savages" who ran away.

The explorers tried to follow the natives but soon foundered in the thickets and gave up. Exploring the next day they found an abandoned settlement containing evidence of planting, the remains of a shelter and a large kettle with sand heaped around it.

While digging out the kettle they found several baskets of stored food, some of which they took for themselves to carry back to the ship, while reburying the rest. The next day the group found a good place to put ashore and the entire complement of the ship, about 100 people, began Plymouth Colony.

Starting a new colony at the beginning of winter proved a daunting task, and about half of all the settlers died. If not for food pilfered from the Indians that winter, all might have perished.

The following spring a couple of Indians (one who had learned English from fishermen and another who had been taken into slavery but escaped) befriended the pilgrims and taught them how to plant and fish and gather fruit. Their first harvest that fall was plentiful for the colonists and they and the Indians shared their food during a three-day festival — a time that is known as the first Thanksgiving.

It turns out the celebration was premature. The group structure was designed so that everyone placed the fruits of their labor into a common store. People were then to take what they needed for sustenance. But during the following summers, with some toiling diligently at farming and fishing and gathering, and others refusing to work, hard feelings developed and food shortages occurred.

So Governor William Bradford assigned each family a plot of ground and allowed the people to use the fruits of their labor to eat or trade as they saw fit. It wasn't long before so much was being produced that they could use it to trade with others. The free market had won out over socialism.

Today we live in a country where "Democratic Socialism" is on the rise, and its proponents — make no mistake, they are full-fledged socialists — believe that both the economy and society should be run "democratically," which to them means meeting public needs, not to make profits for a few.

Meanwhile, those profits are already being taken away and shared by all through our tax-and-entitlement system that is already socialistic and not free market at all.

More and more the tax system is slanted to create a growing dependent class that pays little or no taxes while the producers are burdened with a growing tax liability. That will only increase if Joe Biden and Kamala Harris are foisted on United States citizens. It's a system that is doomed to failure today just as it was in the 1600s.

But today is a day for Thanksgiving, and you should still have much to be thankful for.  Those of us who practice a religion have our loving God. We have our health issues, but if we look about us we can always find someone dealing with a situation that would for us be a terrible burden. Blessings on them, on you, and on us all.

Finally, we Americans live in the greatest country in the history of the world, even if it is saddled with a few warts. For example, speaking of wealth and well-being, only 75 percent of those who want a job have one according to shadowstats.com (the government says "officially" about 93 percent are working).

But, despite all that, for a few days at least, Congress is not in session plotting to steal our wealth and liberty.

So let's relax today and consider our blessings. Eat a hearty meal — or two. Enjoy your family, your football game, and the weather. Recharge your batteries.

And get ready to take up the fight again anew, because tyranny is but a step away.

Yours for the truth, 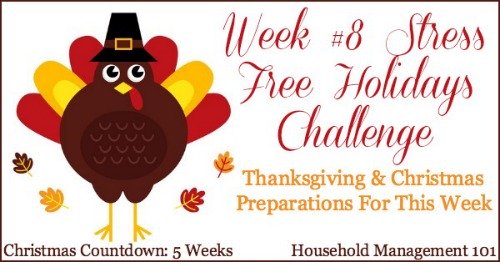 Time just seems to be flying by, doesn't it? But of course it always does during the holiday season since we are so busy.
This week we are focusing almost exclusively on Thanksgiving, since it actually happens this week. We'll continue with more Christmas preparations next week, and beyond.

Link to complete article, well worth your time.  Have a wonderful Thanksgiving.
Posted by Hill Spirit at 6:00 AM No comments: 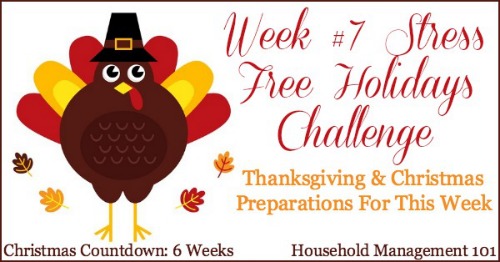 This is already week seven of the Stress Free Holidays Series. Can you believe how time has flown by? That means there are only six weeks left until Christmas. Do you feel prepared for both holidays?

This week we will again be focusing on Thanksgiving a lot, because it is getting closer, with just a little Christmas preparation thrown in for good measure.

Link for complete article, well worth your time.
Posted by Hill Spirit at 5:00 AM No comments: 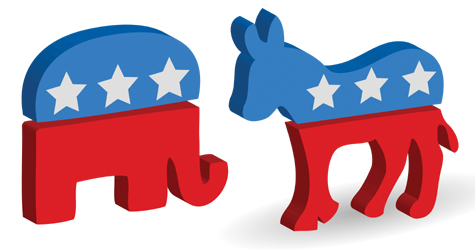 Please take time to study the people running, make the best decision you can and then it always helps to pray that you make a good choice.  If you aren't a person of faith,  the first two steps are still wise advice.If you are in the Elkmont boundaries, you will be voting at town hall in the middle of town.  You can't vote at the fire station. Polls will be open from7am - 7 pm.You will need to bring ID or make sure the poll ladies can vouch for you. 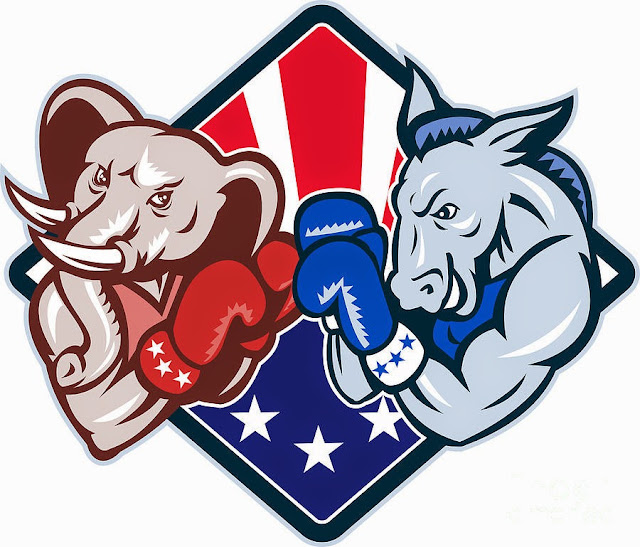 *Please remember that it is your responsibility as a citizen to vote, don't let what you hear on the radio or tv discourage you from voting for the candidates of your choice.

Posted by Hill Spirit at 5:00 AM No comments:

It's election day.  Don't forget to bring your driver's license and vote for your president as well as a  federal senator.  You may be depressed with who you get to choose from so here is something to lighten the mood. This is too funny.... See how many characters you recognize. 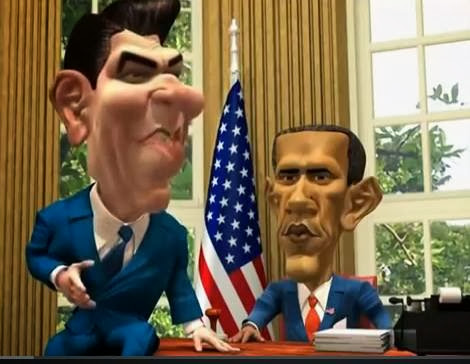 FOR YOU ON HALLOWEEN

Love the silly symphonies and here is a good one to share for Halloween. Make it full screen and enjoy.
Posted by Hill Spirit at 3:30 AM No comments:

SOMETHING TO THINK ABOUT